We are accepting new admissions but have implemented additional pre-screening procedures to ensure the health and safety of everyone at Wooded Glen Recovery Center. **At this time, all family visitation has been suspended until further notice.**

Wooded Glen Recovery Center is closely monitoring all coronavirus (COVID-19) updates and is following suggested best practices from the CDC to prevent the spread of the virus. For more information, please click here.
(888) 351-0650 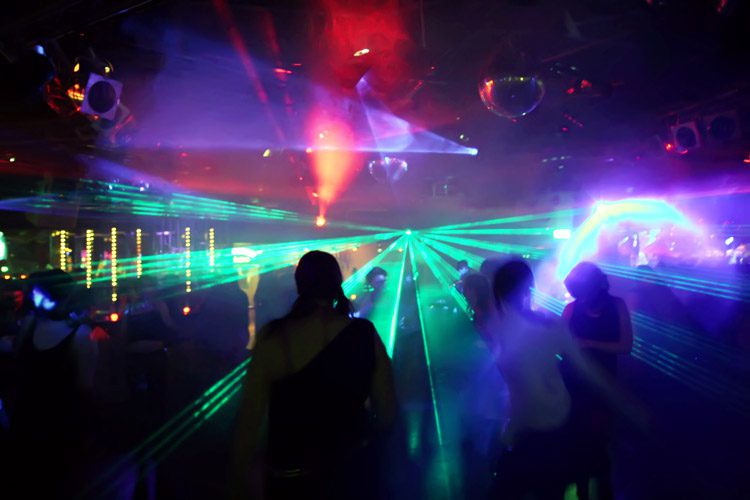 A Funny Line & A Serious Issue

The famed comedian Groucho Marx was a master of one-liners. He built his career out of hundreds of witticisms (e.g. I’m not crazy about reality, but it’s still the only place to get a decent meal; or I intend to live forever, or die trying.). For our purposes here, we’ll focus on this one:

I don’t care to belong to any club that will have me as a member.

That’s a funny line. But it is also a handy way to think about a serious issue: club drugs. Club drugs are available to most anyone—not just people who spend time in clubs—but you absolutely do not want to join the club of club drug users.

Let’s take a closer look at club drugs—what they are, why they are harmful, and what you should do if you find yourself struggling with a substance use disorder centered on them.

What Are Club Drugs?

A club drug is generally taken in the hope of making a pleasurable experience–like going out for a night of partying–even better. Club drugs tend to lower inhibitions while simultaneously heightening the senses (they may also cause hallucinations). That means a user might feel braver and more open to experiences—and that those experiences will seem to be amped up versions of themselves.

A variety of drugs fall into the catchall category of club drugs—and many of them have deceptive or falsely positive street names (for example, bath salts have nothing to do with the kinds of aromatics people put in the tub before a long soak). These drugs include:

We should also note that roofies (flunitrazepam) are often included in the category of club drugs. But there is an important distinction to be made. The drugs listed above would be taken by an individual to achieve a high. Roofies are often secretly given to a person at a party or club (by dropping the drug in their drink, for example) in the hope of breaking down that person’s inhibitions and possibly causing them to forget much of what happens over the course of the night. For these reasons, roofies are commonly referred to as “the date rape drug.” This drugging of another individual for any reason at all is, of course, reprehensible.

Setting roofies to one side, let’s consider one specific club drug: Special K.

You Don’t Eat This Special K for Breakfast

Ketamine is a man-made drug and was first synthesized in the 1960s to serve as a sedative or anesthetic. In 2019, a form of the drug was actually approved by the Food and Drug Administration for use as an antidepressant. But between its usefulness as a sedative and as an antidepressant lies the more troublesome territory of its use as the club drug commonly referred to as Special K.

Here’s what a report from Business Insider had to say about impacts of Special K:

[I]n low doses, like what you might find at a club or in a spray of the FDA-approved drug esketamine, it actually ramps up glutamate [a neurotransmitter] production, and that comes with all kinds of side effects. It can make you hallucinate or feel as though you’re losing touch with reality. And it might also help build new connections or synapses between neurons, electrifying new parts of that city grid.

The report goes on to consider the potential positives of building those new connections in the brain, but for our purposes here, the key idea is this: “It can make you hallucinate or feel as though you’re losing touch with reality.”

While in this altered state, a person may engage in all sorts of risky behaviors that could have lasting consequences—ranging from driving under the influence to engaging in risky sexual encounters. Meanwhile, regular use of Special K (or any of the club drugs) can easily lead to the development of a substance use disorder.

And the unfortunate truth is that giving up the drug is not necessarily going to be easy.

The Rigors of Withdrawal

Attempting to get off a club drug can come with a variety of negative side effects. Among them:

Each of these symptoms individually or in combination can cause a person to return to drug use in the hope of staving off these negative outcomes. But over time, that’s a losing strategy.

A better approach would be to seek help at a fully accredited residential treatment facility—like Wooded Glen Recovery Center.

We Can Help You Get Into the Recovery Club

At Wooded Glen Recovery Center, we offer personalized, compassionate care grounded in expertise. From medically supervised detoxification through a robust rehabilitation program that includes individual and group therapy, Wooded Glen’s approach to treatment is centered on your specific needs. We’ll teach you strategies that can serve you well when you begin to rebuild your life.

Looking for residential addiction treatment in Indiana? For more information about Wooded Glen Recovery Center, contact us at (888) 351-0650. We are ready to help.