We are accepting new admissions but have implemented additional pre-screening procedures to ensure the health and safety of everyone at Wooded Glen Recovery Center. **At this time, all family visitation has been suspended until further notice.**

Wooded Glen Recovery Center is closely monitoring all coronavirus (COVID-19) updates and is following suggested best practices from the CDC to prevent the spread of the virus. For more information, please click here.
(888) 351-0650

A Marijuana Movement is Afoot. What Does it Mean for You? 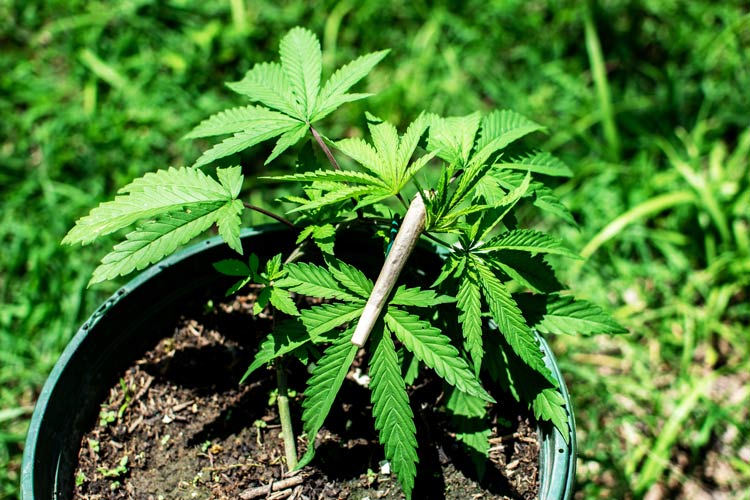 Some lawmakers in Indiana are introducing bills that would decriminalize possession of small amounts of marijuana in the state. That effort is, of course, part of a larger trend throughout the United States. More and more states have been making changes to their laws about marijuana, with some focusing on medical marijuana and others legalizing the drug for recreational use.

Even the United State House of Representatives has passed a bill to decriminalize cannabis (another name for marijuana) on the federal level. That bill is a long way from becoming a law, but the fact that such a bill has made it through the House of Representatives is just another sign that the attitudes toward marijuana have undergone a major shift in this country in recent years.

Legalization of marijuana affects many different aspects of society. It has major implications for the criminal justice system. Fewer barriers to acquiring the drug mean that those who need it for medicinal purposes face fewer hurdles to acquiring it. And the sale of legal marijuana figures to have significant economic impacts as well—including bolstering the tax revenues for states that have made recreational use permissible.

All of those issues are, of course, important. But our focus here is far more personal. When it comes to marijuana use, the real question is simple: Is it safe for you to use marijuana recreationally?

The answer may not be as obvious as you might think.

‘Legal’ and ‘Safe’ are Not Synonymous

Maybe you and your pals are excited to celebrate the fact that liquor is now available from legal vendors. Maybe you haven’t had a drink since it was made illegal. Or maybe you’ve been getting your alcohol from illicit sources. Either way, you might be excited to be able to have a drink in public with your friends without risk of arrest.

Jump forward a few weeks. Maybe you have been drinking a lot over those weeks. In fact, maybe you have had some bad experiences related to your drinking. You could be spending money you can’t afford to spend. You could be getting into fights that you barely remember. You could be having trouble focusing at work because of frequent hangovers. And you could be constantly thinking about when you can get your next drink.

In short, you might find that you are susceptible to alcoholism. And that means that even though alcohol is legal for you, it is not safe for you.

You probably see where we are going with this.

Maybe you will celebrate that day with your friends. And maybe a few weeks down the line you will wonder if you are developing a problem with marijuana.

While cannabis is generally not associated with the development of serious physical addictions, it still can pose problems for some users. Evidence demonstrates that the marijuana can indeed be addictive. We know this because users who suddenly stop using the drug experience a range of withdrawal symptoms. Those symptoms may include:

These withdrawal symptoms are the result of the brain’s lack of access to THC, the portion of marijuana that provides the high. Using marijuana regularly leads to changes in the brain, which becomes used to having a regular supply of THC. Without it, the brain and the body start to experience the effects of withdrawal.

For some people, weathering withdrawal is not too difficult. But for others, especially those who find the cravings nearly impossible to overcome, more support may be necessary if they hope to put marijuana use behind them. So, while marijuana may (eventually) be legal, it is not necessarily safe.

Wooded Glen Can Help You Put Out the Pot

If you have been using marijuana and want to stop but are finding it difficult, Wooded Glen Recovery Center can help. We offer non-judgmental, evidence-based, personalized care that can see you through detoxification and rehabilitation so that you can return to your daily life confident that you can leave marijuana in your past.

We can also address any co-occurring mental health disorders that may be in play—including depression, anxiety, trauma-based disorders, and more. Many times, drug use is a kind of self-medication people indulge in to mask the symptoms of their mental health challenges.

Don’t let marijuana upend your life. Let us help instead.

Looking for an Indiana drug and alcohol addiction rehab? For more information about Wooded Glen Recovery Center, contact us at (888) 351-0650. We are ready to help.